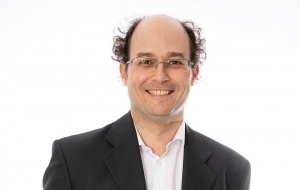 In the first of a series of three case reviews, Dr Ivan Ramos-Galvez LMS, FRCA, FFPMRCA, Expert Witness and Consultant in Pain Medicine with a sub-specialty in spinal surgery, discusses how complications can develop into chronic pain after spinal surgery for some patients much to the distress of the patient. This series will present three different outcomes of surgery for nerve compression syndrome. In each case Dr Ramos-Galvez reviews the clinical evolution of the patient’s condition, gives his opinion on causation and discusses the medico legal implications.

A male patient in his early thirties had suffered with back pain for a significant time before he was referred to the spinal surgery service. At the time of referral, he had been on sick leave for a year. His lumbar spine MRI showed some degenerative changes in a lumbar disc but he was denied surgery; the consulting surgeon felt that other factors may be involved in his protracted sickness leave, because the effect in diminution of quality of life was excessive for the pathology identified on the imaging.

The patient was referred to Dr Ivan Ramos-Galvez. After assessment of his pain and disability, he suggested a percutaneous chemical sympathectomy to take away the nerve supply to the disc, use of a combination of gabapentin and amitriptyline and a cognitive behaviour programme. The combination of these treatments provided enough improvement for the patient to be discharged from clinic. The patient’s level of activity increased and he resumed work on reduced hours.

Approximately a year later, Dr Ramos-Galvez was called to assess the patient again. His pain was severe following a spinal fusion. Review of the drug chart revealed he had subsequently been prescribed opioids by his GP for pain relief and their use had escalated over the past year. In addition to increased levels of back pain, compared to pre-operative levels, the patient had also developed post-surgical nerve root pain, unrelated to the position of the screws. His post-operative analgesic management included the addition of pregabalin and nortriptyline with a fast escalation. He underwent a nerve root block which settled the acute radicular pain.

Nine months after surgery and following a number of pharmacological attempts to reduce the opioid medication, the patient was referred to a neuromodulation centre for a trial of spinal cord stimulation. He was doing better, pacing himself and meditating through his pain. His daily activity included painting, some house chores and a combination of gentle walking and gym exercises. He had not returned to work and was under pressure from his employer to return full-time or faced having his employment terminated. The patient declined the neuromodulation trial on personal grounds. He was keen to continue with the treatment he was taking of 60mg of oxycodone and negotiate a part-time return to work.

Two years later, the patient was referred to Dr Ramos-Galvez again, his levels of pain had increased and were impacting his life and his oxycodone intake had increased. He was exhibiting signs of chronic opioid intake: gynaecomastia, loss of facial hair, somnolence, loss of concentration, slow thinking and slow expression. His testosterone levels confirmed opioid-induced hypogonadism and he required testosterone replacement therapy.

After further clinical psychological support, two-monthly infusions of intra-venous pain killers and significant self-motivation, his opioid intake is reduced and continuing to reduce and he is on the waiting list for neuromodulation.

The patient had a past history of recurrent depression that was known to the medical team. The first surgeon felt strongly that the effect the back pain was having on the patient’s life was out of proportion with his anatomical pathology. He felt that there were many other factors preventing the patient from returning to work and that mental health was a major contributor. Therefore, surgery would be unlikely to help.

However, the patient was fixated on a surgical solution and struggled to accept other treatments complying with them as a tick-box process as a path that would eventually lead to the surgery he felt was needed.

Immediately post-surgery, the patient confessed to having been a heroin user for many years and was struggling to avoid being drawn back into his addiction. His GP-initiated and supported opioid prescriptions which were not in the patient’s best interest. There was no demonstrable clinical improvement in the patient and eventually systemic effects of opioid addiction and the physiological effects of opioid use started to show.

From a medico legal perspective:

The General Practitioner in this case demonstrated a poor understanding of appropriate opioid prescription which led to the inappropriate use of habit-forming drugs which had little efficacy and were causing significant impairment of the patient’s quality of life and hindering his recovery following surgery.

The second surgeon who carried out the surgery, demonstrated poor understanding of the biopsychosocial model of pain. He did not give due attention to the excessive doses of opioids being prescribed which were providing no benefit or helping the patient to restore his quality of life, which are strong independent predictors of a very poor outcome. There was a distinct lack of consultation with a wider multi-disciplinary team.

Sadly this is not an isolated case study when it comes to understanding the complex management and treatment of pain which often requires a multi-disciplinary approach led by a Consultant in Pain Medicine. A pain expert can analyse the history of a patient to identify causation in a medico legal claim and the red flags which have been missed by treating physicians. Dr Ramos-Galvez has immense experience in treating a wide range of conditions and is increasingly sought for his opinion in complex medico legal cases involving pain for both defendant and claimant. He can be instructed via Medicolegal Partners on 0207 118 0650.