Do low-speed crashes cause whiplash? 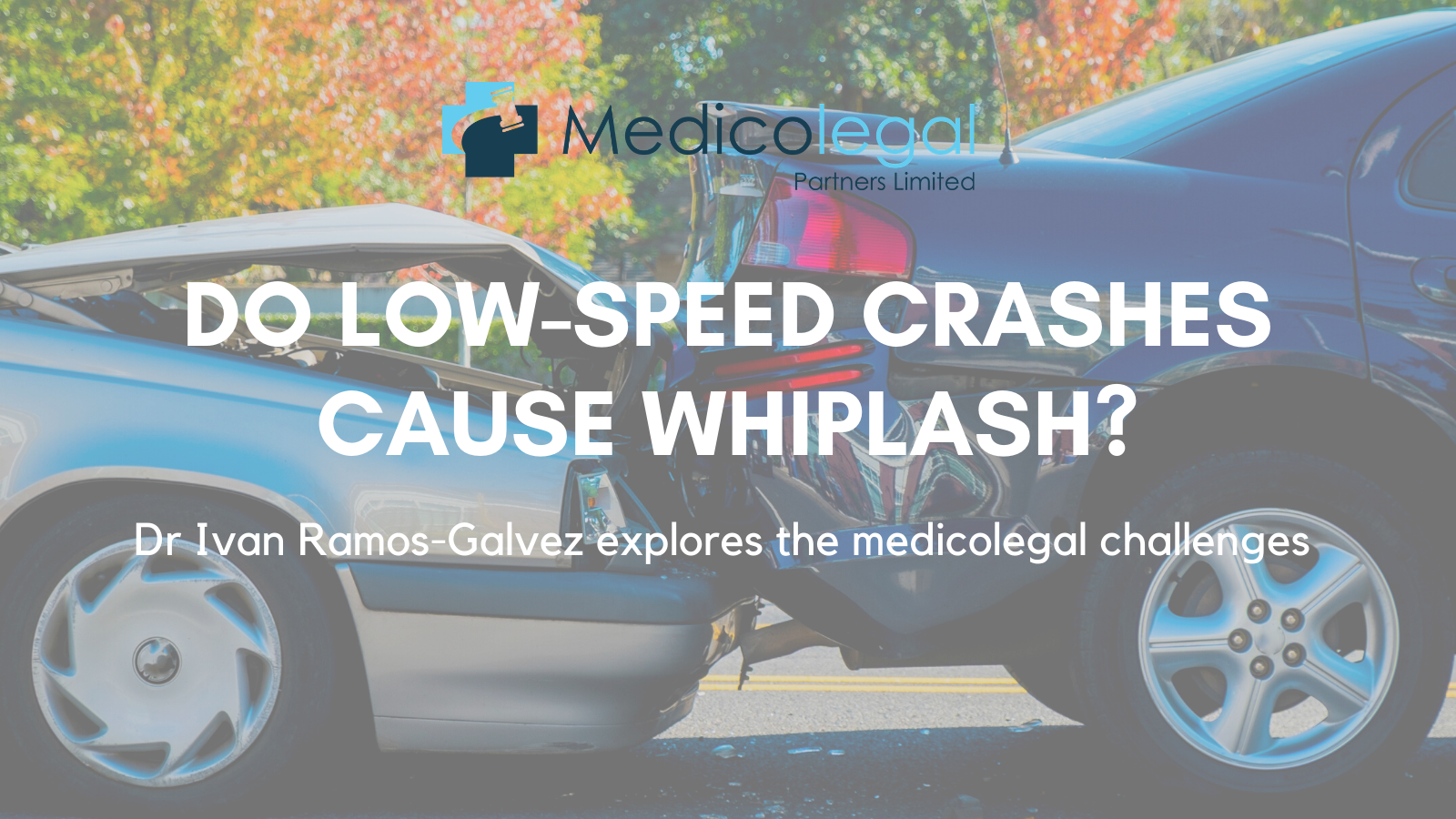 Whiplash injuries are a common occurrence after rear-end collisions between two vehicles. As the front car is struck, the sudden change in speed as a result of the impact of the crash causes the torsos of the driver and passengers to be thrown forwards. However, their heads lag behind, which causes their necks to be hyper-extended at the bottom and hyper-flexed at the top. The process is repeated in the opposite direction, when the occupants’ torsos rebound against the seat belts. This effect is more severe if the car seat headrests are too low and set too far back. As a result of this sudden and unanticipated movement, the soft tissues and ligaments in the neck can be over-stretched and damaged. In this article, Dr Ivan Ramos-Galvez explores the medico legal challenges of whiplash injuries at low speed.

The symptoms of whiplash include pain, stiffness and restricted movement in the neck, along with headache, nausea, dizziness and even jaw pain and tinnitus (ringing in the ears). Symptoms may not be immediately apparent and sometimes do not appear until the day after the accident. In most cases, they are transient and resolve relatively quickly but, in some patients, the damage is permanent. This can have a significant effect on the patient’s life, particularly their ability to work. Despite the safety improvements made to cars, claims for whiplash following low-speed traffic collisions have increased in recent years and are one of the commonest reasons for litigation. It has been estimated that in around 95% of low-speed car crashes, at least one occupant will subsequently report the symptoms of whiplash. However, up to one-third of all claims made for the condition may be fraudulent. Deciding which claims are genuine and which are not is a major challenge for both courts and insurers.

One significant problem is estimating the speed at which the crash occurred, as this will determine the resulting forces that the victim was subjected to. However, this is rarely known with any certainty. Assessment of the damage to the cars’ bumpers can be used to give a conservative estimate of the speed of each vehicle at the time of the collision. Whiplash injuries are much more likely to occur in low-speed impacts, which cause minimal damage to the vehicle. In this type of impact, most of the shock is actually absorbed by the vehicle occupants’ upper bodies and heads, and these forces can be around 2.5 times higher than the maximal loading of the initial collision. Although whiplash can occur in moderate to high-speed collisions, in these scenarios it is likely to be accompanied by other injuries, such as broken bones, head injuries and concussion.

Experiments have shown that the forces applied to the body during a typical low-speed impact are not much different to those experienced during other normal everyday activities, such as running up steps or even sneezing. Thus, the issue of whether the stresses placed upon the body during such collisions are enough to cause injury remains controversial. However, the main difference is that these everyday activities are planned. This means that a person has time to brace the neck muscles in anticipation, thus controlling the forces transmitted to the soft tissues and generally escaping injury. The abruptness of a collision does not usually allow for bracing. In addition, the psychological stress of being involved in an accident may lead to the occurrence of persistent symptoms.

Studies have confirmed that the biomechanical stresses suffered by the occupants of bumper cars and vehicles involved in low-speed rear-end collisions are similar. If anything, the bumper car occupants exhibited significantly higher levels of cervical spine extension. However, none of the subjects subsequently reported whiplash symptoms. Furthermore, magnetic resonance imaging failed to reveal any persistent changes or symptoms. None of the study participants reported pain lasting for longer than one week and none suffered occupational disability. This suggests that extension of the neck may not be as important in injury causation as had previously been thought. However, this study did report significant translational motion (in which all points of an object move in the same plane) between the upper body and the head. The importance of this in relation to injury is not clear, although a correlation between translation and subsequent stress of the neck vertebrae has been reported. It is possible that hyper-translation of the back of the head may cause hyper-flexion of the neck, thus increasing the risk of subsequent injury.

Medico legal whiplash claims are problematic, partly because a patient usually appears completely uninjured. Determining whether the condition is real or not relies almost solely on the patient’s own subjective reporting of their symptoms. While litigation for this condition is common, fraudulent claims also appear to be frequent. Experimental studies have consistently failed to show that the biomechanical stresses inflicted by a low-speed rear-end collision are sufficient to cause injury, although the conditions in experiments can differ widely from those experienced in the real world. If an accident is serious enough to cause significant damage to the vehicle, it is unlikely that the occupants will sustain whiplash injuries, and almost certainly not in isolation. Thus, when a medico legal claim is being considered, photographic evidence of the amount of damage sustained by the vehicles involved in the collision are essential to determine the plausibility of whiplash injuries. 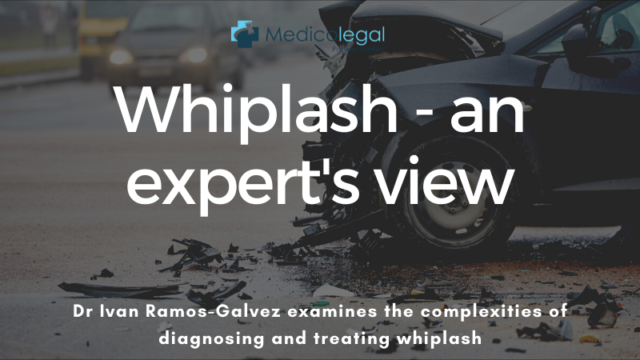 In his recent article for Your Expert Witness, Dr Ivan Ramos-Galvez examines the complexities of diagnosing and treating whiplash. He explores the devastating effects whiplash...
READ MORE 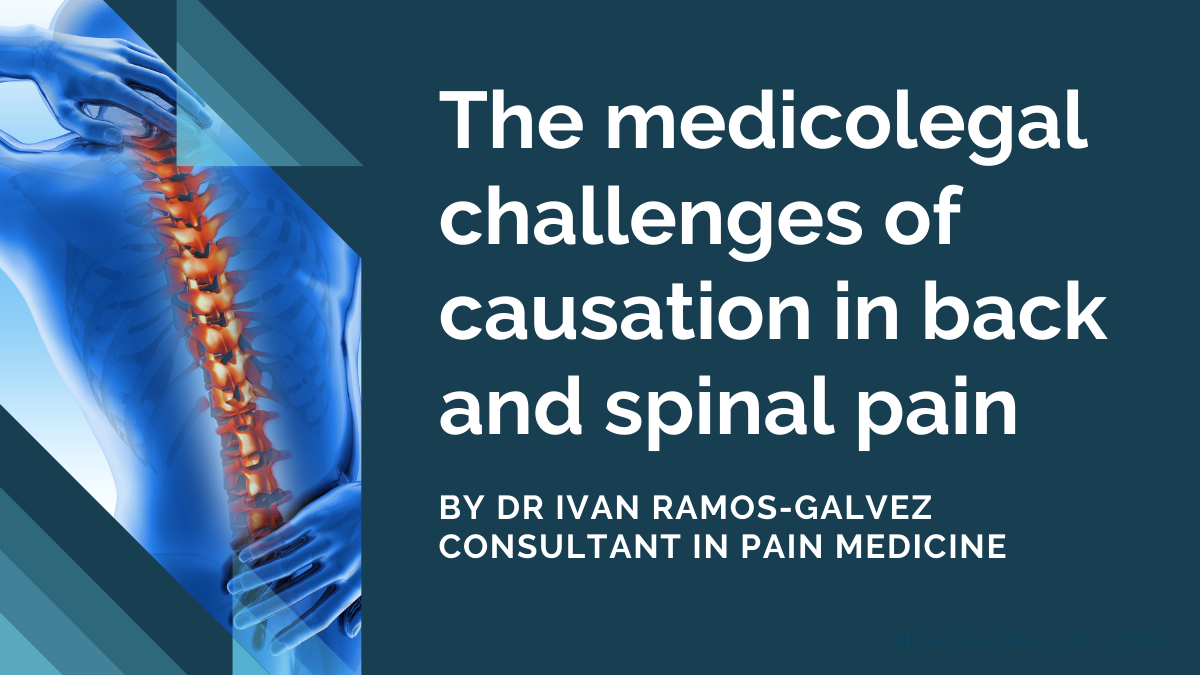 The Medicolegal Challenges of Causation in Back and Spinal Pain

Not only is back pain the commonest reason for a GP consultation, it has a significant socioeconomic impact too. It has been estimated that between...
READ MORE 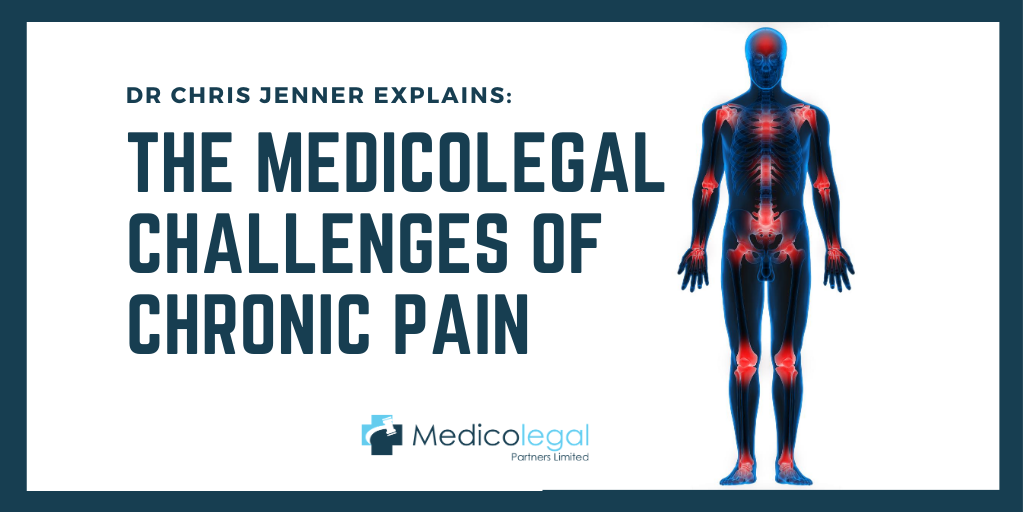 The Medicolegal Challenges of Chronic Pain

The International Association for the Study of Pain (IASP) describes pain as ‘an unpleasant sensory and emotional experience associated with actual or potential tissue damage,...
READ MORE
© 2023 Medicolegal Partners Limited