THE GLOBAL YEAR AGAINST PAIN AFTER SURGERY

The International Association for The Study of Pain (IASP) is the leading professional forum for science, clinical practice, and education in the field of pain. 2017 is the IASP Global Year Against Pain After Surgery. IASP aims to raise awareness of this significant issue among clinicians, the media and the general public in order ultimately to improve pain management after surgery and also reduce the risk of developing chronic pain. Indeed, there are plans for CPSP to be included in the latest version of the International Classification of Diseases, ICD-11. Chronic post-surgical pain (CPSP) may be considered as pain that lasts for more than three months after surgery that was not present before the operation that is related to the surgical scar and cannot be accounted for by another illness. Chronic pain after surgery occurs after 5-10% of all operations performed and is intolerable after approximately 1% of all operations performed. 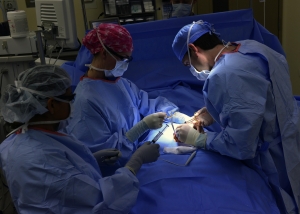 There are several risk factors related to the development of CPSP including the type of surgery carried out. For example the rates of CPSP after the following procedures are: mastectomy (25%), amputation (50%), thoracotomy (40%), Inguinal hernia repair (9%), hip and knee replacement (10%). A history of a surgical lesion of a major nerve appears in many cases of CPSP and certainly increases the risk of its occurrence. Other more general biological, psychological and social factors are implicated such as emotional distress, severe untreated acute postoperative pain, pre-existing chronic pain at another site and being on strong opioids such as morphine long-term preoperatively.

People with CPSP typically report both normal physiological pain (nociceptive pain) as well as symptoms related to nerve damage or dysfunction (neuropathic pain) such as burning, sharp, shooting pains and severe hypersensitivity to touch may also be present in the form of Allodynia and Hyperalgesia. Allodynia refers to pain due to a stimulus that does not normally cause pain. Hyperalgesia refers to increased pain from a stimulus that normally does cause pain. Screening tools based on verbal pain descriptive terms may be useful combined with a targeted clinical examination, to identify the presence of neuropathic pain, which will then influence the overall management. Internationally validated clinical tools include: LANSS, DN4, painDETECT and NPQ. It is important to identify neuropathic pain early as delayed proper treatment may be associated with increased risk of developing chronic pain.

The concept of using pre-emptive measures to prevent the development of CPSP has been around for decades and many research papers and conference lectures have been devoted to this subject. At the time of writing there is not a simple solution to this problem. There have been relatively few high quality studies on this topic and the clinical literature is still open to expert interpretation. Early aggressive management with multimodal pain relief may be effective in many cases as well as intra-operative measures including anaesthetic techniques and certain neuropathic pain medications to supplement general anaesthesia. In this way, it may be able to reduce the risk of CPSP in selected clinical populations. 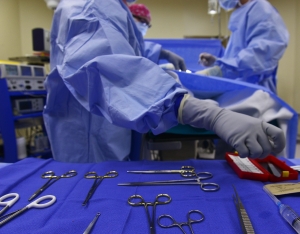 Although CPSP is more likely after major surgery, it may also appear after more minor surgical procedures and may be particularly disabling. A specific example of this would be Complex Regional Pain Syndrome (CRPS), which can have a dramatic impact on the lives of affected people who are often of working age. The degree to which pain interferes with function is an integral part of assessments made by experts in Pain Medicine. Indeed, the unavoidable inherent subjectivity associated with chronic pain conditions makes the opinion of an expert in pain medicine desirable and may assist in the assessing the profound functional impact that CPSP may have. Future research on CPSP will involve the use of Pain Trajectories to capture the dynamic nature of the pain. These will incorporate graphical representations of pain intensity scores over specific observation periods.

Separately, it is also worth noting that the presence of CPSP is not a specific indication of poor surgical technique per se and that many cases develop after a potentially flawless surgical procedure. Of specific relevance, experts in Pain Medicine may also be important in the defence of a claim related to CPSP in which surgical technique was satisfactory and the pain may be considered a well-known complication.