We are taking a look at the 5 most common pain conditions that we deal with as medico legal experts. This blog post will give an overview of each of the conditions and draw out related complications:

FMS is a type of nerve (neuropathic) pain that can occur all over the body and has no known cause or cure. It’s characterised by widespread body pain, poor sleep, tiredness, fatigue, cognitive disturbance and a constellation of other symptoms. It’s thought to be experienced by around 2 in every hundred people, so it’s not uncommon. 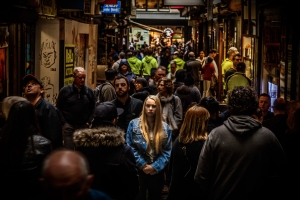 Claims involving FMS are on the increase mostly due to individuals who have developed the condition following physical trauma of some kind. Other possible causes are psychological trauma or infectious disease.

Earlier pain theory labeled FMS as a psychosomatic disorder and it continues to be difficult to diagnose given its subjective, complex nature. This complexity requires careful medical exploration looking specifically at pain trigger points, fatigue and sleep and cognitive disturbance, along with approximately 40 associated symptoms.

Current treatments to manage the symptoms of FMS include anti-neuropathic medication, opiates, physical therapy and alternative therapies such as acupuncture and deep tissue massage. More advanced treatments attempt to target the ‘trigger points’ at the nerve roots using injections of local anesthetic and anti-inflammatory medicine or Botox.

CRPS is an incredibly painful and debilitating condition. Like FMS, it’s a chronic neuropathic pain condition but, unlike FMS, it isn’t widespread, tending to affect a single limb. CRPS symptoms almost always develop after a clear physical trauma; such as a fracture and immobilisation in a cast, is the most common cause of CRPS.

Diagnosing CRPS is largely through the process of elimination to rule out other conditions with similar symptoms – such as Lyme disease and arthritis. As with FMS, a thorough examination by a consultant in Pain Medicine who specialises in diagnosing and treating CRPS is vital.

Treating CRPS can in some cases be similar to FMS. Other treatments include spinal cord stimulation and neural stimulation.

Lumbosacral pain (lower back pain) involves the lumbar spine and the sacrum. Given that this is the most widely experienced health-related complaint in the world as well as the leading cause of disability, it’s not surprising that we deal with it so often. Many if not most of the cases we cover involving lumbosacral pain conditions are personal injury claims especially following a car accident. 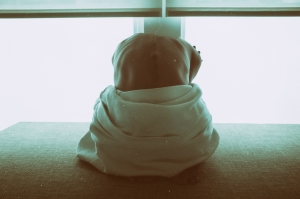 There are too many causes of lumbosacral pain to go into here, but in the case of car accidents the impact strains the ligaments and muscles in the back, and the facet joints bear the brunt of the force. This can result in several injuries, including disc herniation, compression fractures, and spondylolisthesis (‘slipped’ vertebra).

It is sometimes the case that immobilisation following a physical trauma can result in lumbosacral pain – in this case, it must be shown in court that the back pain is a result of the trauma and restricted mobility post-incident.

This is another common pain condition in medico legal cases, also most often involving a personal injury claim following a car accident. Neck pain symptoms include pain that spreads to the shoulders, upper back and down the arms. The actual value of the claim is usually based on the injuries, well supported by medical evidence. This relies heavily upon the opinion of a medical expert.

The most common type of neck injury is whiplash, which is caused by sudden movement of the head forward backward or sideways. Common whiplash symptoms include neck pain or stiffness with difficulty moving the head, headaches, muscle spasms and pain in the shoulders and arms.

There may also be tiredness, dizziness, memory loss, pins and needles in the arms and hands and irritability.

Abdominal (stomach) pain involves any pain that is felt from chest to pelvis and pelvic pain is any pain felt in the area of the pelvis. The abdominal and pelvic pain cases we see usually follow a surgical procedure or treatment that has resulted in chronic pain – these are usually clinical negligence claims.

In order to establish whether chronic abdominal or pelvic pain has occurred as a result of surgery it must follow these criteria:

Chronic pain is a complex and often wholly subjective condition that requires an expert in Pain Medicine with the correct specialism to establish cause, impact and optimum treatment requirements either when defending or bringing a claim.