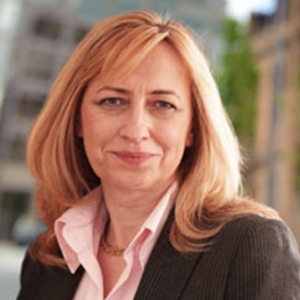 In the course of my practice over the past twenty-nine years, I have been assisted by a wide variety of experts, most of whom have been leaders in their field and have done their best to assist the court. A small body of experts however have been less than helpful in their dealings with the courts and the parties.

The duty of the expert under CPR 35 is, and remains at all times, a duty to the court. The expert must be free to express his or her opinion without being pressurised by the instructing party. The Civil Justice Code sets out the relative duties of the expert and what is required.

This article is not aimed at the many entirely reputable experts on whom the parties of the court rely but covers some of the more unfortunate episodes in the realms of expert evidence. There are many definite traps for experts; this article suggests seven deadly sins that an expert should avoid.

It may be tempting for the expert to enter into the realms of other specialisms, but this must be avoided. An expert is there to comment on the areas in which he/she professes special expertise garnered over many years of practice. This does not mean that there is a carte blanche to give an opinion on other matters. In a recent case I cross examined the psychiatrist on an alleged somatoform disorder following a RTA. He caused great hilarity by stating that he also knew all about whiplash injuries too because he ‘had read a book on it.’ It will come as no surprise that not only was this evidence not accepted, but it damaged his credibility in the area of psychiatry. Experts who try to profess expertise in areas they are not qualified in should not be surprised when they are not taken seriously.

The expert’s role is not to act for one party and to descend into the arena, but to give a balanced opinion on the available evidence and to assist the court. Experts who do this quickly become recognised for it, not only amongst solicitors and barristers, but also amongst judges. Experts who have earned themselves a reputation as hatchet men should not be taken aback when the court does not accept their opinion. Equally, experts who have a particular hobby horse and use litigation to express their opinion are unlikely to be considered to be giving a balanced view or a range of opinion. There is a duty on the expert to put before the court a range of opinion and then to say why they consider their opinion is the most reasonable. Experts are not there to make political points.

In one case I saw, a psychiatrist stated in his report that he had seen far more cases of CRPS recently and always in a medico-legal context. This had nothing to do with the issue of whether the claimant was suffering from CRPS, but was a cheap political point, not supported by any evidence, or any statistics. It was designed to question an area of medicine which was not in his specialism and it tarnished the rest of his evidence.

There is one particular rheumatologist, who in evidence, has stated that he considered himself to be a “detective” in a case to determine the truth. In the judgment, the judge was totally unimpressed with this approach and made this very clear. Notwithstanding those withering comments, this particular expert continues to go on fact finding missions in his reports. In one report I saw, on a domiciliary visit, he asked to use the bathroom and then took the opportunity to snoop around the claimant’s bedroom, reporting that she kept her slippers underneath the bed. Reports that contain what is effectively cross examination of a claimant on behalf of one party, are clearly not impartial and the court will find that the expert is too invested in the process and cannot be regarded as providing a balanced report.

If an expert changes his/her mind either after seeing the further evidence or after discussion with his/her opposite number or if further literature is available, then it is not only acceptable but essential that this is communicated to the parties and to the court as soon as possible. What is not acceptable is having a change of heart half way through the case for no apparent reason. I have now seen three reports from the same pain expert who has changed his mind for no good reason between reports. In those circumstances it is impossible to instruct this expert in future as the party can simply not rely upon his views. Equally those who tailor their views to support the claimant or the defendant depending on the pay master cannot be relied upon as setting out their genuine view, as opposed to that which someone is paying them to say. Inconsistencies between cases will be picked up on. It would be a mistake for an expert to believe that lawyers are not aware of what has been said by them in previous cases.

If an expert has unintentionally misled the court, there should be full correction, total apology and explanation given. Deliberately misleading the court is never acceptable. In one recent case, a high court judge disbelieved an expert when he said that he had carried out a particular test on the claimant. The expert’s credibility was irreparably damaged, not only in that case but it is inevitable that it will be referred to in further cases.

I have also seen a case where the expert reported that the Claimant had given him various information as to what she was and was not capable of doing. She hotly denied this and had actually taped the interview, which showed that he had not properly recorded what she had said. It is hard to give any benign interpretation of this. The obvious conclusion was that he had “verballed” her and had deliberately set out to mislead the court. The case settled and I have not seen him used again.

Giving an honest, forthright opinion is acceptable, descending into abuse is not. In one case, I saw a Claimant being referred to as an “obese, work shy, malingerer who used a stick as a badge of disability.” This staggering unprofessionalism did not endear itself either to the Claimant or the Court. Various experts would be well advised to brush up on their bedside manner when undertaking an examination. Interrupting the claimant, talking over him/her, cross examining them, taking photos of middle aged ladies in their underwear or on occasion, asking them to get dressed again outside of the room, because the expert was running late, are all unacceptable. At the Cambridge Medico Legal Conference, at least three experts in the audience were asking what to do when their opposite number was rude and shouting/swearing on the phone. On investigating a little further, it transpired that they were all referring to the same individual. This unfortunate type of behaviour is unlikely to end well.

The court sets out a timetable for a running of the case, which includes dates of exchange for medical reports and joint statements. There can be a little leeway in extensions of time, but when a party is asking for reports by a certain date, it is because this has been ordered. Failure to comply with court orders can lead to the judge demanding an explanation from the expert and potentially a costs order against the expert or a complaint to the GMC. I am aware of one case where the expert did not reply to communication from the instructing solicitor and a complaint to the GMC was upheld. The morale of the tale is do not mess with the judge.

Treating the judge as an idiot

The judge is a very experienced lawyer who has had to pass exams, go through the interview process, go through training and be deemed fit to sit on cases before starting a judicial career. He/she may have sat on many complicated cases and dealt with complex issues of law, fact and medicine. It is therefore not a good idea to treat the judge as a first year medical student and to give a long lecture as to the medicine in the case. Pontification is not advised. The judge is not a fool, and any temptation to treat him/her in this way is unlikely to result in a happy experience for the expert.