Ian Paterson, “Disgraced breast surgeon”, had his sentence increased from 15 to 20 years last month in order for the punishment to more squarely fit the crime. The below quote from Linda Milliband of Thompson Solicitors, who represented the 17 victims, has given us pause for thought. Miliband said: “Many of our clients were subjected to significant harm at the hands of Mr. Paterson and some have been left with life-long conditions.” In October, more than 500 of Paterson’s private patients who had unnecessary mastectomies will seek compensation at the High Court.

What does Milliband mean by “life-long conditions”? One consequence of this type of surgery is Post Mastectomy Pain Syndrome (PMPS). PMPS is a type of chronic pain, typically neuropathic in nature, which occurs after breast cancer surgeries and continues beyond the usual healing period, typically 3-6 years. The occurrence and severity of PMPS depends on a number of factors: the size and position of the tumor, the age of the patient and the person’s subjective response to pain and trauma. 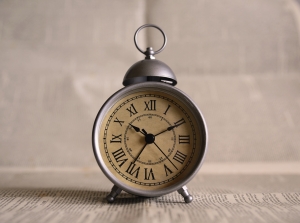 As is often the case with neuropathic pain syndromes, presenting them in court can be complicated due to the subjective nature of the pain. Our own case study shows an example of PMPS on an occasion when a mastectomy procedure was unnecessarily delayed resulting in avoidable neuropathic pain:

A 42-year-old woman was diagnosed with breast cancer in 2011. The histology results, however, were only presented to her a year later. During the extensive delay in treating the cancer, the tumor had grown significantly and had spread to her lymph nodes. As a result of the advanced stage of the cancer, she had to undergo a mastectomy, radiotherapy, and chemotherapy.

Had the histology results been made available shortly after the original diagnosis, she would have undergone a lumpectomy with the possibility of chemotherapy. Since the cancer had advanced to the stage it did, she instead suffered debilitating neuropathic pain as a result of the mastectomy. Whilst thankfully she is still clear of cancer, the debilitating “life-long conditions” – as touched on by the solicitors for Paterson’s victims – have changed her life forever. Her career as an investment banker suffered irrevocably as she struggled to work with the pain and the effects of the medication and she now works part-time.

In society a mastectomy can be seen far too simply as the final solution for breast cancer and the assumption can be that the relief of being rid of cancer is the end of the story for those who undergo the procedure. The aftermath, however, is so much more complicated, and PMPS – as with all neuropathic pain that is by its very nature subjective – can be an invisible destroyer of individuals’ lives even after they are ‘cancer-free’. Both the unnecessary procedures carried out by Paterson and the negligence faced by our client resulted in pain that changed lives for the worse. Medicolegal expert witnesses who are specialists in these areas must be engaged with great care in order to ensure that victims of abuse or negligence as outlined here get the compensation that they deserve despite the ‘invisible’ nature of their suffering.

Dr. Christopher Jenner has been treating PMPS for a number of years. He completed his fellowship at the Marsden Hospital treating patients suffering with this debilitating condition. He has been acting as a medico legal pain expert for 14 years and has extensive experience working with both claimant and defendants.