‘It’s Not What You Say, It’s The Way You Say It’ By Barrister, Fiona Ashworth 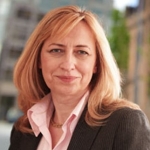 Whilst the main focus of a case is usually on the documents and the evidence as given from the witness box, a judge is entitled to, and does, take into account all behaviour in the court room. It is not for nothing that the judge’s bench is elevated and the judge has a bird’s eye view of everything going on in the court.

The judge can therefore be aware of things that the advocates are completely oblivious to, namely the body language and behaviour of the witnesses sitting behind counsel’s bench. In certain cases behaviour in the well of the court has even been commented on by judges and has affected the decisions made.

The most extreme example of this perhaps is in a family case in which I was involved many years ago, where I was representing the wife who was seeking a non-molestation order against her husband. When the husband made a sudden lunge towards my client, attempted to throttle her and had to be restrained by his counsel, this significantly assisted the judge’s decision making process in granting a power of arrest.

Most examples are not as extreme as this. In Hatfield -v- Drax Power Limited 18 August 2017, the judge specifically referred to the behaviour of the expert for the claimant, and referred to his breathtaking arrogance during the course of his evidence. She went further and also referred to his behaviour once he had finished his evidence and sat in the well of the court. She referred to him shaking his head from side to side evidencing his disagreement and making facial grimaces to express his disgust with the evidence of his opposite number. It would appear that the judge warned the expert about his behaviour being unacceptable during the course of the trial, but even so he shook his head at the evidence given. Her Honour Judge Belcher commented “that conduct is wholly discreditable to an expert witness in our courts. I have never seen it before, even in cases where experts are poles apart in their opinion”.

The courts and the parties are entitled to expect professionalism in their experts. Although it is very nice to see an expert so keen to stick to his guns, this is not always helpful. An expert who is so determined that they are right, that he or she is not prepared to listen to any other argument or even concede that as a possibility, is unlikely to find favour with the court. It is often pointed out to the court that an expert who makes proper concessions is more likely to be reliable and objective rather than one who argues every point.

In Tibbs -v- BRB, one expert referred to a paper which he said completely proved his point. On being asked to produce the paper by the judge, he replied that he thought it was somewhere in his study. He then went on to quote a textbook saying that he agreed with the paragraph which supported his point of view but disagreed with the paragraph that did not. Such selectivism is not likely to impress.

An expert who identifies with his instructing side too much is also unlikely to be considered to be impartial. Under CPR Part 35 the expert’s role is to the court. Experts who hold fast to a view against all evidence are more likely considered to be mercenaries and hired guns.

An expert who shows ill-concealed disgust and contempt for other experts, advocates or indeed the judge is unlikely to make many friends in the court. Judges do not like being patronised. In the recent case of Hayden, an expert was criticised heavily for pontificating and treating the court to a lecture. The expert’s role is to explain, not to appear superior.

In the case of Wignall -v- Secretary of State for Transport, His Honour Judge Butler described the ENT surgeon Mr Jones as follows: “before me Mr Jones gave evidence in a way that can only be described as self-reverential and occasionally arrogant, of which latter characteristic his assertion that he was the only expert who actually applies the guidelines properly (notwithstanding that in large measure he did not agree with them and considered them to have no authority beyond the authors themselves) was the starkest example”.

It is sensible to assume that the judge is all-seeing and all-knowing once in court. Tutting, rolling eyes, aggressive body language and flouncing out is not likely to endear a witness to the judge and is likely to be considered petulant behaviour.

In court the stakes can be high and tensions can run high. Professionalism has to prevail and those who do not observe the rules of the court are likely to come unstuck.