Causation is generally accepted as being one of the most difficult areas for medicolegal experts to address. Even in seemingly clear-cut cases such as the one shared here:

A grandmother from overseas visiting her daughter and grandchildren in the UK tried to intervene when her daughter was attacked in the street. The attackers drove over the grandmother and then reversed over her a second time and dragged her along the road. This tragic incident resulted in life threatening, multiple and complex injuries including dislocation of her left shoulder, significant tear of the left shoulder muscle, multiple fractures of her ribs, fractures to her spine and significant fractures to the pelvis and abdomen and extensive urogenital injuries (bladder and vaginal) caused by sharp bony fragments of her crushed pelvis. After many months of complex surgeries and lengthy stays in hospital, she was released to the care of her daughter.

She was left with severe chronic pain in her shoulder, arm, and pelvis, which prevented her resuming work. It was clear to our Expert that causation was as a result of the accident. However, the defendant Expert argued that an 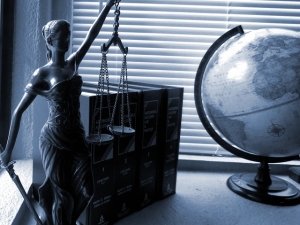 extensive past history of physical complaints (labeled as chronic pain syndrome) represented a constitutional vulnerability to pain that effectively caused her to suffer ‘more pain from tissue damage’ than most other individuals. He argued that causation was therefore not entirely due to injuries from the accident. He further claimed that there appeared to be exaggerations and inconsistencies in her testimony.

Beyond the obvious appalling intent of the incident, our Expert was able to systematically link causation to the life threatening injuries and psychological trauma the grandmother suffered as a result of the accident. He was able to satisfy the court that the claimant’s distress was entirely genuine and in accord with the events that had happened to her. He demonstrated that she was a reliable witness with an entirely consistent history and presentation. He demonstrated in his evidence that the resulting chronic pain was a direct cause of the incident and had genuinely impacted her ability to resume work and therefore that this should be a consideration in the award.

In this example, our Expert was able to disqualify the claims made by the Expert for the defence. This required a thorough, specialist understanding of chronic pain and the ability to explain in a clear and logical way, the impact of both the incident and the resulting injuries on the claimant. The claim was settled with a substantial award in favour of the claimant.