Complications and failures in airway management 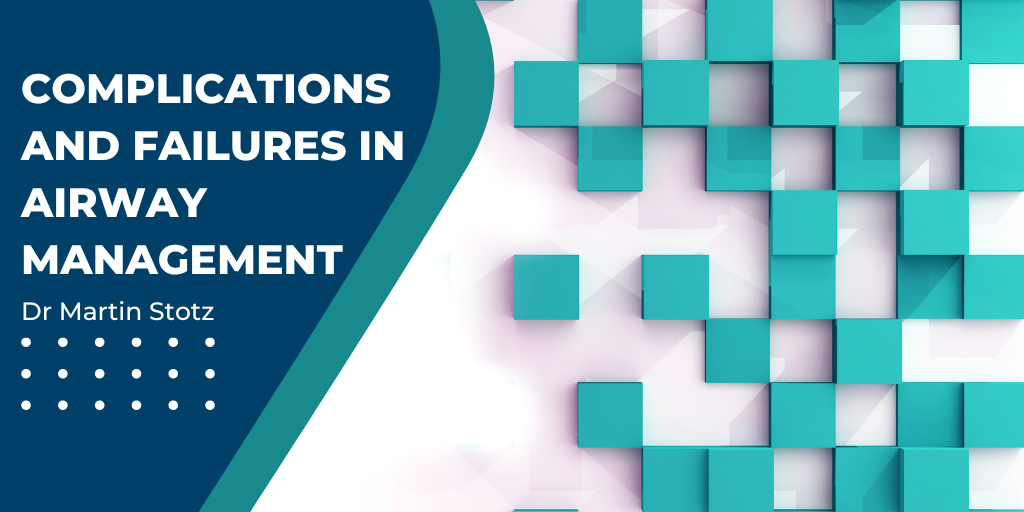 While complications of airway management are surprisingly common, most are minor in nature. Major complications are rare, and although they have the potential to be life-threatening, they tend to result in morbidity rather than mortality (1-4). In the UK, airway management complications during anaesthesia occur at a rate of about 46 per million patients, or one in every 22,000 anaesthetics administered (1). However, it is possible that airway events are under reported, and it has been estimated that the true rate could be up to four times higher than this. In addition, airway management away from the operating theatre carries a considerably higher risk, with the incidence of serious airway events (leading to death or brain damage) estimated to be approximately 30 times higher in the emergency department (ED) and 60 times higher in the intensive care unit (ICU) settings (1, 3). These differences are due to many factors, including the case mix and working environment. In addition, the higher number of cases presenting out-of-hours in the ED and ICU means that staff with advanced airway skills may not always be available (5).

A number of risk factors contribute to airway management complications, many of which are well-documented. It is also likely that many could potentially be avoided (1). Perhaps the most important of these is the presence of a ‘difficult airway’, a term used to describe situations where anatomic characteristics make visualisation of the vocal cords, and thus placement of the tracheal tube, challenging (6). As difficult intubations are an independent predictor of increased mortality, it is therefore important that any possible issues are accounted for in the intubation plan (6).

Patient factors also influence the likelihood and severity of airway management complications. While it is known that some conditions, such as diabetes mellitus, can predispose patients to major complications, it is not fully understood why some patients develop long-term sequelae while others subjected to the same mechanism of injury do not. The influence of age and gender is controversial, with some studies reporting that older patients and women suffer higher rates of complications, and others finding no increase (2).

However, obesity does appear to be a major contributor to airway management complications and is likely to become more of an issue in the future as obesity rates in the general population continue to climb. Obese patients are twice as likely to suffer a serious complication as patients who are not obese, and for those whose body mass index is above 40, the risk may be increased up to four-fold (1, 2, 5). This may be due to distortion of the oropharynx, limited neck extension and a higher incidence of comorbidities. Additionally, obese patients have a lower tolerance for apnoea and tissue hypoxia (2), so if these events should occur, their consequences may be more severe. Despite this, airway assessment in overweight patients is often poor. Risk-reducing techniques, such as awake fibreoptic intubation are rarely used, even in extreme cases, and the choice of anaesthetic technique is often inappropriate for this group of patients (1).

Aspiration of the gastric contents is a relatively common complication of airway management, and one that frequently leads to mortality: it is responsible for around 50% of the incidences of patient death and brain damage during anaesthesia (1, 3), although this figure does appear to be falling (3). Aspiration occurs most often during induction or airway instrumentation and the majority of patients have identifiable risk factors (3). Poor planning, including a failure to properly assess the patient’s aspiration risk, is a factor in many cases. Neglecting to use accepted precautions, such as tracheal intubation or rapid sequence induction in patients with intestinal obstruction, in patients deemed to be at higher risk is also a frequent contributing factor (1, 3). Skilled insertion and the use of a supraglottic airway device are paramount in reducing the risk of aspiration (3).

Unlike aspiration, unrecognised oesophageal intubation is overall very rare and is sometimes considered a historical problem, although recent reports confirm that this is not the case (3, 5). Oesophageal intubation can easily be missed, particularly when capnography, a procedure used to confirm ventilation of the lungs, is not used and confirmation of the correct placement of the breathing tube is via another technique, such as auscultation (5). Unfortunately, this is often the case, particularly outside of the operating theatre, where the absence of capnography may be a contributory factor in around 80% of events leading to death or brain damage in the patient (1, 5). Often, the misplacement is not diagnosed until cardiovascular collapse has occurred. Even when capnography is used, incorrect interpretation can lead to misdiagnosis (5). Therefore, clinicians should always assume that a flat capnography trace is due to oesophageal intubation until that possibility has been actively excluded (3). It is no surprise that capnography is now a mandatory monitoring requirement for all anaesthetic and airway areas.

Airway management failure is important because it often precedes major complications. Furthermore, failures are often cumulative: when one procedure fails, the risk of difficulty or failure with subsequently used procedures is much higher. This is not entirely surprising, given the importance of patient factors in the risk of complications. However, it does mean that clinicians must be aware that any rescue techniques used when the primary technique fails are also more likely to fail and this must be taken account of when planning the procedure (3).

Tracheal intubation failure is heavily dependent on the clinical setting, with the incidence ranging from one case in every 2000 in elective surgery up to one case in every 100 in the emergency department. Risk factors include a previous history of failed or difficult intubation, but around half of all cases are unexpected (3). This is significant, because tracheal intubation is the most frequently used technique for patients who are already deemed high-risk (3, 4)and it is also the commonest rescue technique when another form of airway management has failed. Furthermore, the consequences of failed intubation can be severe and include oxygen desaturation, hypertension, admission to ICU and hypoxia and its sequelae (3).

Airway trauma or injury following endotracheal intubation is relatively common, with an incidence of 0.5–7% (2, 4). Problems may occur at the initiation of intubation or arise later, as a result of prolonged intubation, and some may occur in the absence of direct tissue trauma, as a result of tissue-endotracheal tube interactions. The larynx, which suffers some degree of trauma in up to 97% of intubations, is the most frequently injured anatomical site, followed by the pharynx and the oesophagus (2). Injury to the larynx and jaw is more often associated with non-difficult intubations, while oesophageal or tracheal trauma is more likely to arise during a difficult intubation (4).

Following extubation, patients complain of minor symptoms, such as sore throat, hoarseness and difficulty in swallowing. In the majority of cases, these symptoms resolve after 24 hours, but where they persist or progress, the presence of more serious conditions, such as traumatic lacerations and haematomas, should be investigated. Not only do these types of injuries take longer to heal, they can be associated with poor outcomes and lead to prolonged problems with speech and swallowing if scarring occurs. Long-term consequences also often follow laryngo-tracheal stenosis and structural changes to the trachea (tracheomalacia), both of which are associated with prolonged intubation, and can include respiratory failure. In severe cases, a tracheostomy may be required to provide adequate ventilation (2).

Dental damage during intubation is also common, occurring in about one in every 1000 anaesthetics involving tracheal intubation, and may often lead to litigation. However, the outcome is unlikely to be severe and thus the majority of claims are of low value. Damage ranges from chipping of the teeth to loosening or even complete dislodgement. The upper incisors are the most commonly damaged, and around two-thirds of cases involve teeth which are already diseased or have previously been repaired (4).

In conclusion, airway management during anaesthesia is generally a very safe procedure. Complications are more likely in patients with difficult airways, but as this condition is relatively rare, the majority of issues occur in normal airways (3). Many risk factors for airways complications are identifiable and avoidable. By carefully evaluating these, clinicians could potentially reduce the risks for complications still further, thus preventing adverse events and leading to better outcomes for patients. 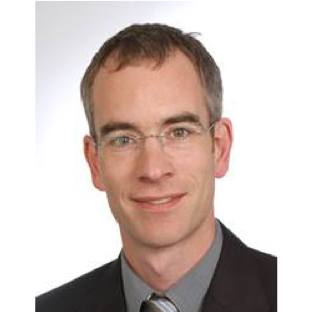 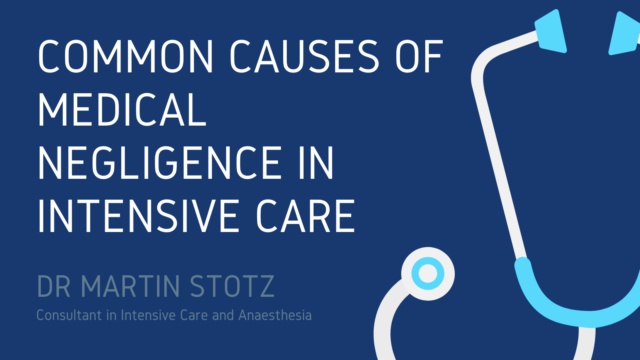 Patients treated in an intensive care unit (ICU) often have complicated and life-threatening conditions, which may require treatments that are often invasive and sometimes potentially...
READ MORE 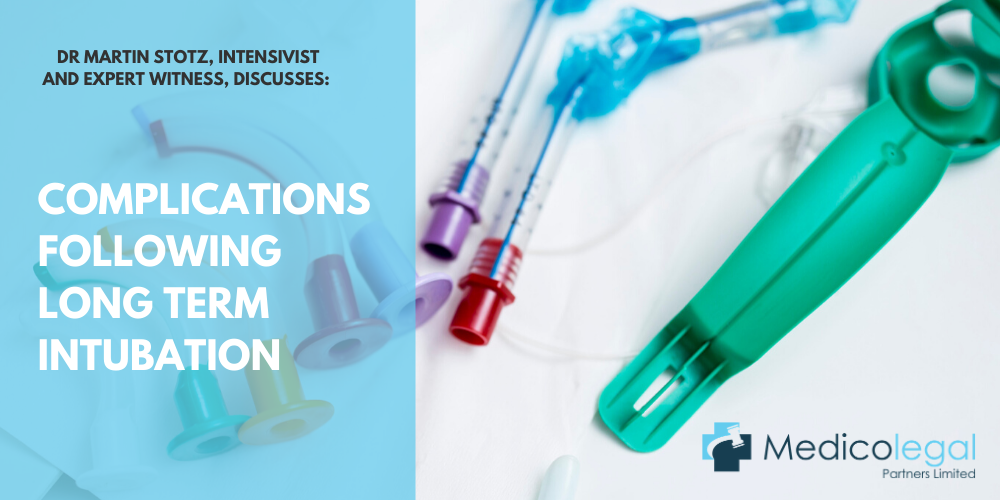 Intubation of patients in an intensive care setting is very common. Tracheal intubation involves passing a tube down the trachea in order to maintain an...
READ MORE 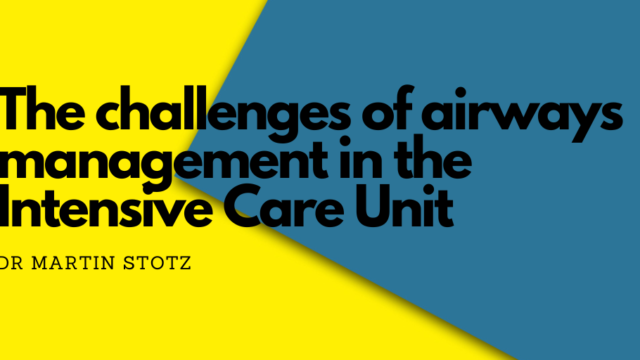 The challenges of airways management in the Intensive Care Unit

Airway management techniques were first developed in the field of anaesthesia, and advanced airway management is still an extremely important factor in the care of...
READ MORE
© 2022 Medicolegal Partners Limited